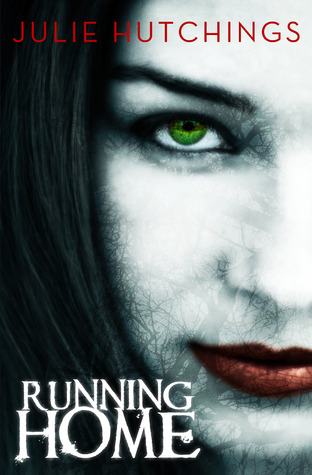 Death hovers around Ellie Morgan like the friend nobody wants. She doesn’t belong in snowswept Ossipee, New Hampshire; she doesn’t belong in the frigging gift shop she works at, she doesn’t belong with people that death will always take from her, and she definitely does not belong at this black tie party with Kat. But that is where she is, and where he is. Nicholas French, the man who mystifies her with a feeling of home she’s been missing, and impossible knowledge of her troubled soul.

Nicholas followed an abomination that is one of his own, but soon finds fate has driven him to New Hampshire as more than a bystander. He reveals himself to Ellie as being of the Shinigami, a heroic vampire order that “save” their victims from more tragic ends. He knows why Ellie is human repellent, and why physical agony grips them when apart. The Shinigami are cornered into isolated human lives, plucked out when they have no one left to be created for their higher purpose. Ellie is destined to be a legendary Shinigami, and Nicholas her creator.

Nicholas and Ellie’s fates intertwine closer when his latest victim in waiting turns out to be the only person who tethers her to this world, Kat. Fate will not be ignored, and in the only real choice Ellie has made in her life, she must determine a horrifying path; let the vampire who would make her a hero wither to shreds or sacrifice the life of her closest companion.

As a paranormal romance, this book has a sexy love interest and a believable struggle. As a horror, it disappointingly picks up steam only at the end.

This is a story about Ellie, a woman who has lost nearly all of the important people in her life, save one. As she drifts, she’s drawn into a dark world of vampires–not the sparkly, gentle kind, but the ones who operate under fate’s command. The further in Ellie slips, the more macabre her story becomes. I loved the twists and turns, and as soon as I thought I’d figured out where the plot was going, it jolted me another way. The ending itself left me breathless. Simultaneously, I wanted to throw my Kobo at the wall and drive to Ms. Hutching’s house and sit on her until she finishes the sequel.

Part of the reason I gave this book three stars was my own preference for horror and the paranormal over romance and tingly love. The beginning drags, and the plot takes too long to get to the juicy parts. Running Home‘s strength lies in the chilly nighttime, but it spends too much time in the lazy afternoon. When the darkness hits, it’s too late and too short, and I found myself craving more.

As for the nuts and bolts of the writing, I’m disappointed in the publisher, Books of the Dead Press. Though Ms. Hutchings is a strong writer, the book could have used a more thorough developmental and copy-editing pass. Her descriptions were unique and interesting, but some of the sentence constructions and a few grammatical errors pulled me out of the writing. I’m critical of all published work, but especially small presses because of their responsibility to their writers. If self-publishers are hiring professional editors, small publishers must compete. Otherwise, why would us authors go with a small press?

I recommend Running Home, especially for those looking for solid paranormal romance fare. I can’t wait to see more from Ms. Hutchings and hope that its follow-ups descend deeper into the midnight that lurks at the end of this one.